The hotel Hotel Orsa Maggiore has comfortable settings, sea view, surrounded by secular olive trees, for a pleasant stay and many opportunities to enjoy yourself. It is only 400 metres away from the sea. It is possible to dive and rent boats only 1200 metres from the hotel. Its restaurant serves both typical and national cuisine.

From the Hotel Orsa Maggiore (HOM), by bike or car,it is possible to reach, in a few minutes, many small towns located in the inland where it is possible to discover and experience antique and genuine Mediterranean traditions.

Book the Hotel Orsa Maggiore at Castro di Lecce, no fees, pay in the hotel

Hotel Orsa Maggiore is set in Castro Marina, a popular seaside resort on the east coast of Salento. Surrounded by olive groves, it offers panoramic views of the coast. Rooms are all air conditioned and some have balconies with sea views. A buffet breakfast is available each morning, while lunch and dinner are served in the dining room or outside amongst the olive trees.

During summer, staff at the Orsa Maggiore Hotel organise tours and excursions around Salento. Otranto is just 20 km away. Transfers are available to and from Brindisi Airport and Lecce Railway Station. read more…

The 3 stars hotel Orsa Maggiore Hotel at Castro Marina is located half way between the Zinzulusa Grotto, Grotta Romanelli and the Blue Grotto, on a rocky promontory on the coast of Salento.

Hotel Orsa Maggiore is an oasis of peace among the olive trees, with a panoramic view where you can admire the coast with the eye that runs through the Strait of Otranto.

By car:
from Bari to Lecce, then Maglie and continue to Castro. When at Castro go towards Santa Cesarea Terme.

By train:
to Lecce. From Lecce to the South East up to Spongano. Then bus or taxi (about 3 Km).

The village Castro Marina has various landscape forms, while retaining in many ways aspects of naturalness among many vacation resorts. At the port you can still see the carved caves serving as stores for the fishermen. 4 km along the coastline of its territory from the border with Santa Cesarea Terme, to those with Marina di Marittima you can find, in addition to Zinzulusa cave, the cave Romanelli, the Blue Grotto and the cave Palombara. Along the coast there is also the tip of Mucurune, where it passes the 40th parallel. 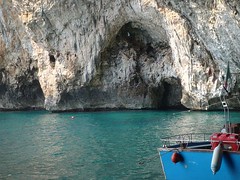 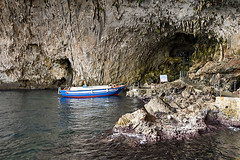 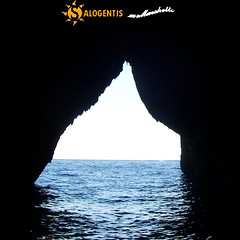 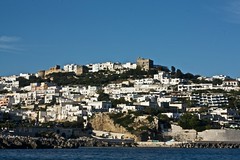 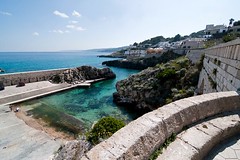 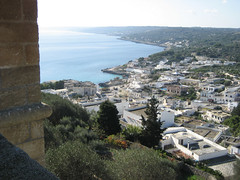 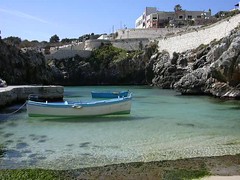